In the End Pavlov Saw Only Bells and Saliva 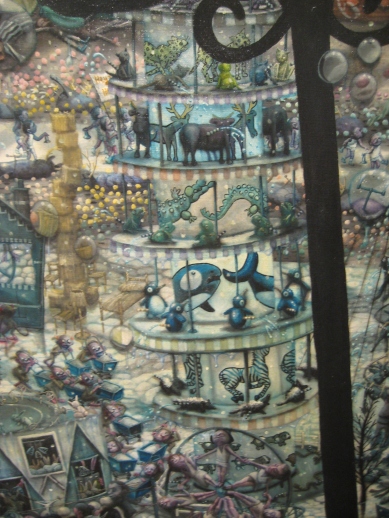 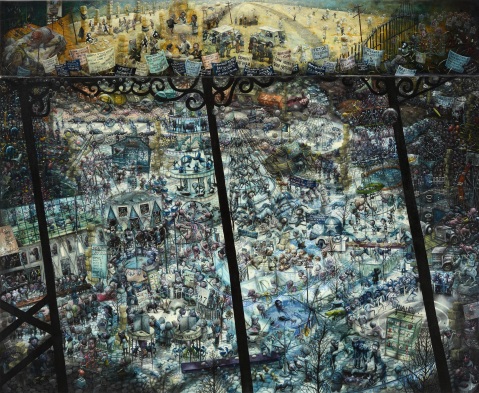 In the end Pavlov saw only bells and saliva 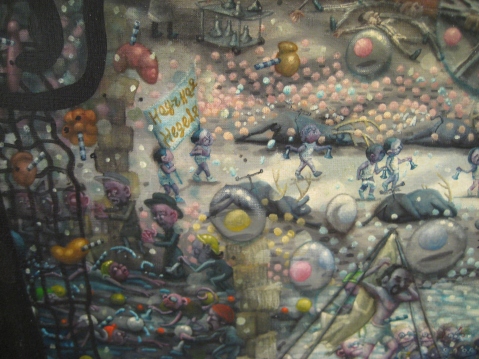 Pavlov proved that animals want to do as little thinking as possible.  He proved animals will accept an easy substitute over something real but difficult.  His dogs were satisfied with the sound of a bell, rather than looking for or fighting for food. 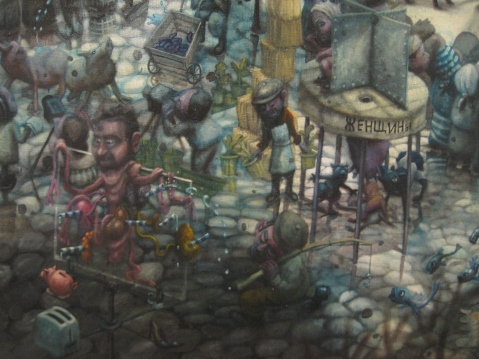 In his last years, Pavlov dreamed of a world where all people were trained to be satisfied with substitutes rather than real things. 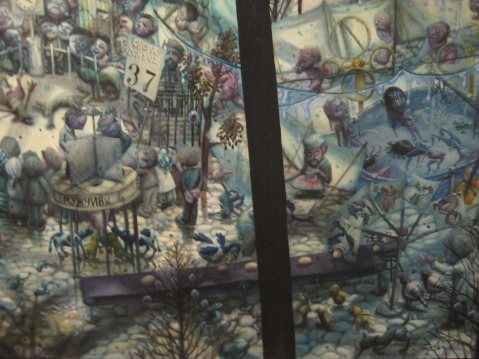 Pavlov himself and everything he owned was always covered in saliva because when he rang his bells, all his laboratory animals became over-filled with saliva, as though they were feasting on a giant meal. Animals soon were happy to just only create and swallow their own saliva. 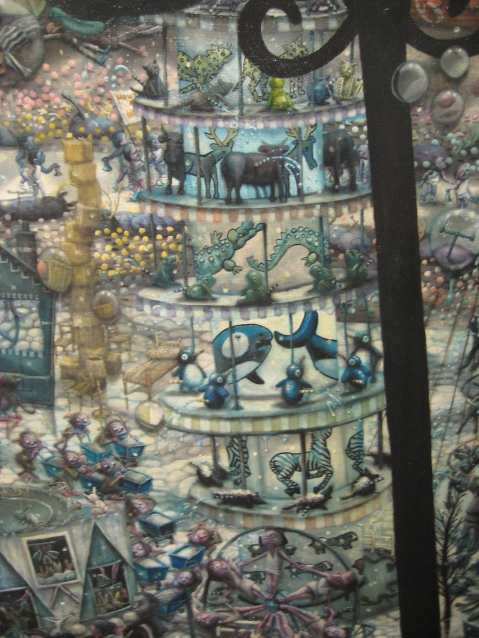 On National Science Day, Pavlov put on an exhibit of saliva and bells at Red Square.  There was a parade of fit kiddies ringing bells to start the saliva sprinklers made from deers. 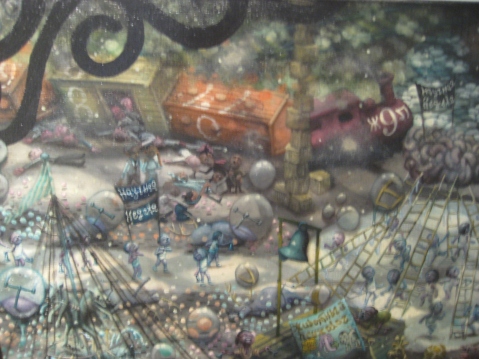 A dog fountain was made from putting food in dogs’ mouths and repeating the process after the food had fallen through the holes in the dogs’ throats into the saliva pool below. 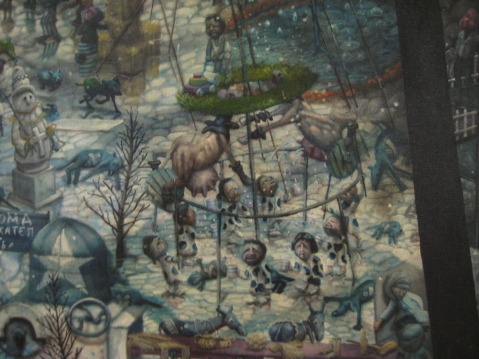 There was an exhibit to show that animals will crave anything if they can suck it through an udder, and a race to demonstrate which part of the body reacts to an attractive woman. 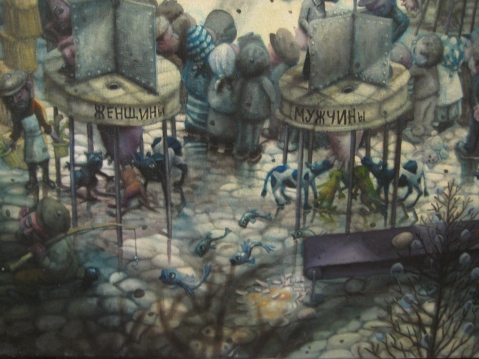 Pavlov’s dodgy brother set up a stand claiming he could train the body to lose weight with the sound of a bell; he called himself Dr. Elephant Man. 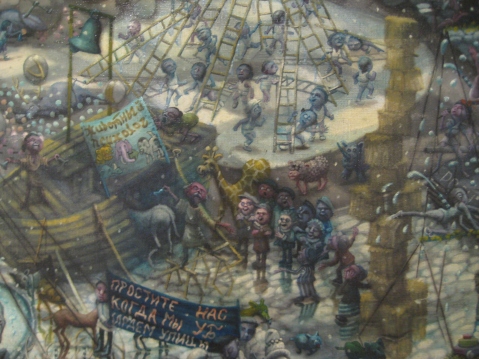 Men gathered around to watch a mouse circle a pole and felt compelled to put money in bras tied up on a clothes line. 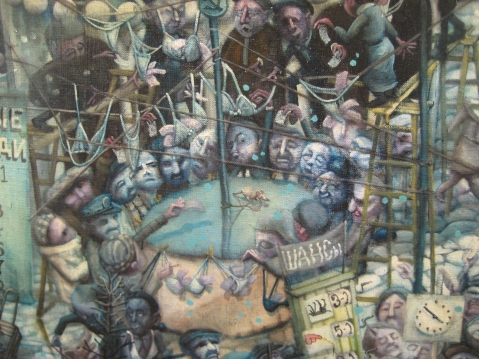 The top panel is Pavlov’s heaven where everything is made of hay, and the Russian police just ring a special bell to make you see brick, metal, and skin and feel happy, anxious, or sad.