By the time they opened the first Museum of Rap in Fatehpur Sikri no-one could taste, smell, feel, hear or remember it anyway 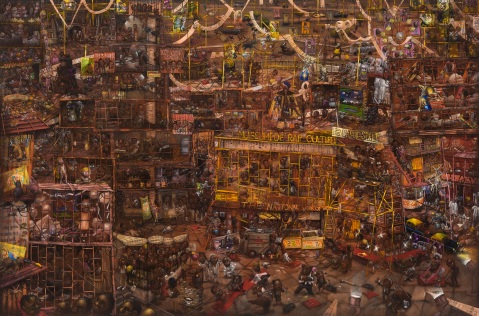 By the time they opened the first Museum of Rap in Fatehpur Sikri no-one could taste, smell, feel, hear or remember it anyway

Fatehpur Sikri was a city built by a Mogul king to be a perfect city; but it was on high ground and not near any lakes or rivers, so no-one ever lived there because there was no water. In 2004, the National Bank of India opened the first Museum of Rap there. 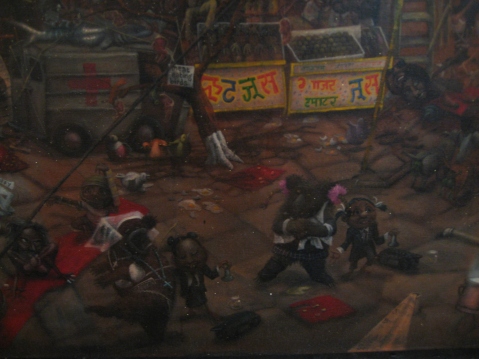 All the stars from television, film, and music were expected to arrive in cabs and step out of a painting or a limousine onto a red-carpet conveyor belt. The stars then had fifteen minutes to line up behind and then have their photos taken in a wooden picture of Beyonce Knowles, Justin Timberlake, Tupac, or the cat from Friends. Many stubborn stars refused to take their heads out of their image and stumbled around until they accidentally hanged themselves in the wood. 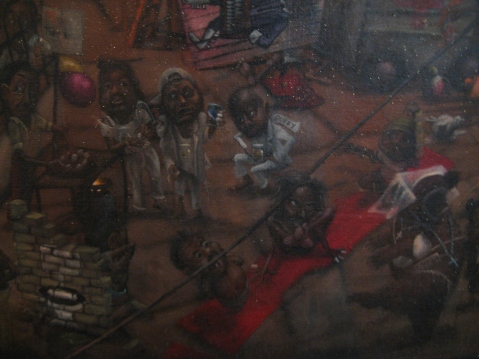 Outside the Museum of Rap, many entertainers have come to cash in on all the hype. Ten-year-old girls have brought their dancing bears dressed as Madonna, Brittany, and Run DMC. A dance school has opened next door for girls to train their bears using only bells, knives, and scissors. Another entertainer painted many different species of animals with black and yellow stripes, and people pay to see them raped by a real tiger. 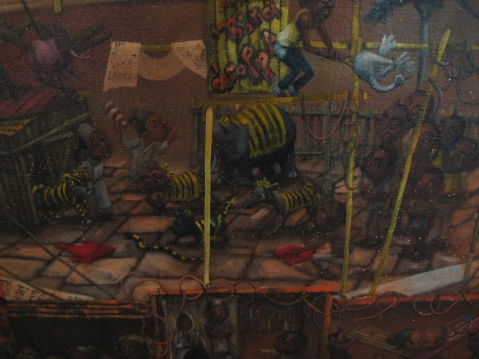 Not-so-famous rap stars have brought their own spotlights, and have tied capes to small animals, and are dropping them from scaffolds. 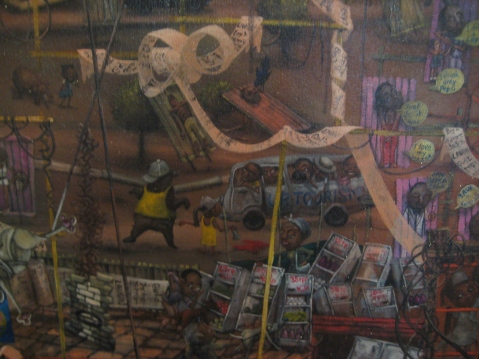 Because the way everyone and everything looked was all important, people lost their sense of smell and needed dogs to smell if food had expired, and homeless people carried bees in glass jars to check if their bodies were decaying badly enough to worry about.

As people’s sight strengthened they lost more and more memory, so musicians were able to do cover versions of hits while they were still on the charts. And many sitcoms were able to use the scripts from other sitcoms the day before. 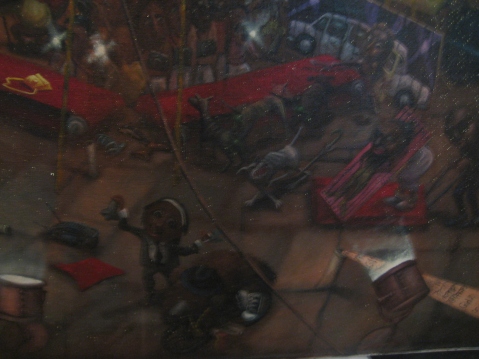 The empty water pipes of Fatehpur Sikri were used to circulate the same three or four scripts through all the TV studios and hopes of the people. 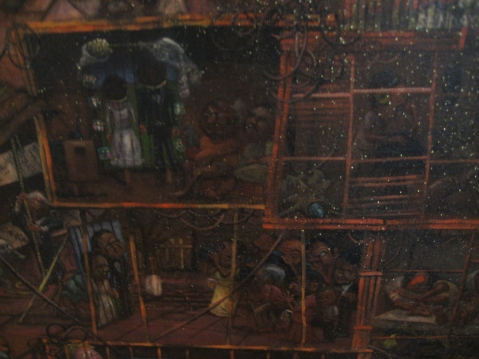 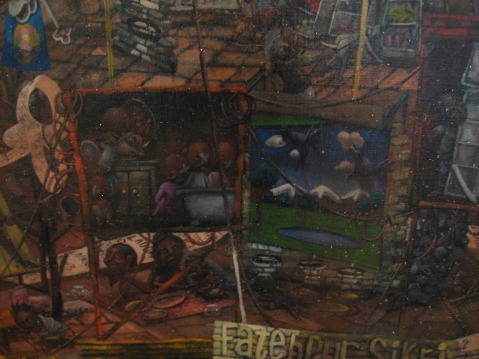 The rats in the monkey’s cage 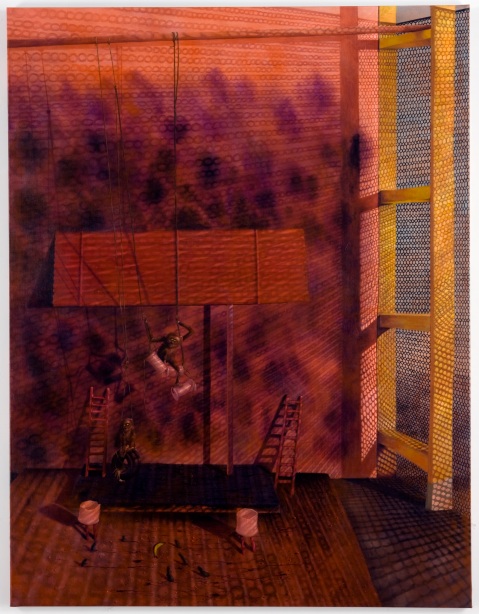 At the Mumbai Zoo the star attraction is the rhesus monkeys, and because of this, the zoo management has given them the biggest cage proportionate to their size. They are fed the best by the zoo staff and the visitors who ignore the “Don’t Feed the Animals” sign. The monkeys hang on to the ropes and cling to the car tires tied to the bottom of the ropes.

If you throw some food onto the cage floor, the monkeys will lean down from the rope and stretch for the food. The rats lay in wait for the monkeys to leave their rope prisons and to go for the food. They attack instantly and, all together, chase the hungry monkeys back up the rope or up the cage walls. Then you notice the bloodied bandages around the feet and hands of the monkeys, the faces of the monkeys that never sleep, and their stomachs that never get filled. The rats in India are the meanest in the world, and in the zoos they are the fattest. They bully all the animals in the zoos from the elephants to the lions.

This painting is about the many star attractions in the world which are really miserable and under the control of the rats under the surface.