After everyone went blind, everyone was afraid they wouldn’t be able to remember what they now couldn’t see

After Everyone Went Blind, Everyone Was Afraid They Wouldn’t Be Able to Remember What They Now Couldn’t See
oil on linen
2 panels
overall size: 82 x 100 inches
Courtesy Ronald Feldman Fine Arts, New York 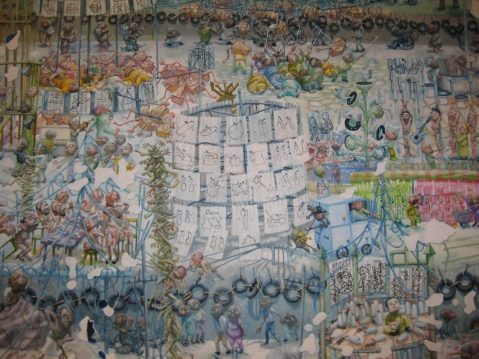 After everyone went blind, everyone was afraid they wouldn’t be able to remember what they now couldn’t see. And everyone became overprotective of their memories and antagonistic towards any contradicting memories. When someone died everyone thought they should build the coffin in the shape of their memory of the dead person. Many corpses were torn apart in the fight for their right to their contradicting memories of the dead. Some grievers agreed on a compromise but had to squash or cut off parts of the hardening corpse to fit it into the compromised coffin shape.

Fingerprints and footprints  became an important part of recording where you were and who you were when your memory failed you. The city became covered with fingerprints and footprints. And it became illegal to wash any surfaces. Because of this the world became an incubator of disease and then was ruled by disease. Also models had to be touched now instead of looked at and modelling became the most unglamorous job ever there was. 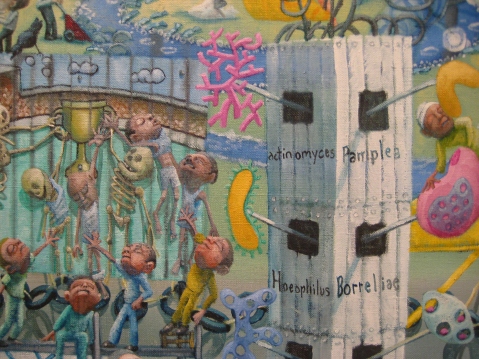 When people couldn’t see they became more aware and afraid of the things they could never see in the first place ; like radio waves, love and bacteria. Bacteria like Tibercle, Entamoebe and Bacilli became household names and there was even a petting zoo of bacteria. 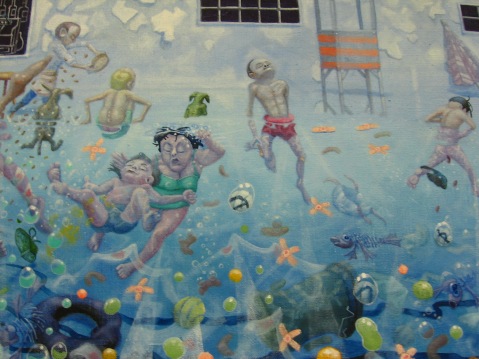 Most people try to keep their memories through taste. They would have cake, soft drinks and lollies to remember their childhood, junk food to remember their teenage years and alcohol for the rest. They mainly became fat which wasn’t a big deal because no-one could see them anyway. 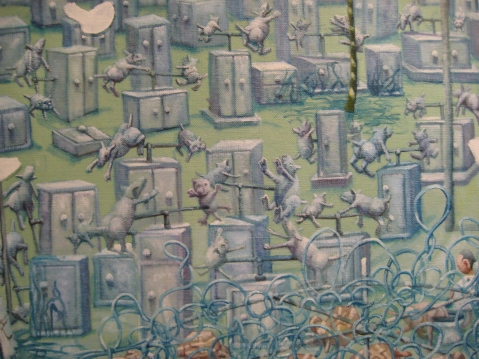 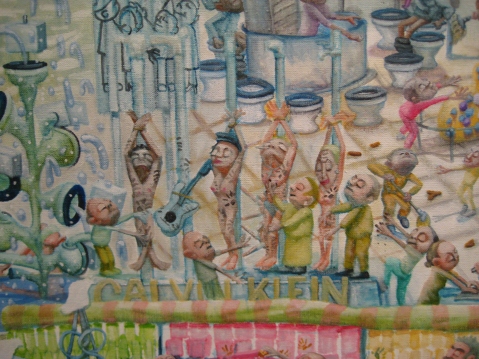